By Goenawan Mohamad
I don’t remember the exact date. But looking back now, I realize that it must have been at some time in February 1948. I was seven years old. The previous night, I had heard the adults talking about something they called a “truce.” I realize now that they must have been talking about the “Renville Agreement,” which was intended to bring to an end the armed conflict between the Kingdom of the Netherlands and the Republic of Indonesia.
Both sides knew that the truce could never really hold. But for one day at least, the atmosphere was peaceful. At the very least, there hadn’t been any shooting the previous night.
There was a fleeting sense of relief. People were cheerful, but they was a strange sense of peace. 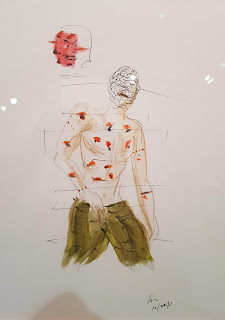 Dutch soldiers were still roaming the streets in open jeeps, holding their rifles. At the same time, the people of our small town had begun hanging red and white flags on the doors of their houses. People even felt sufficiently confident to gather together in an open field. I went there, with my mother. Nobody seemed to be afraid. At one point, the people broke out in song, singing Tujuh Belas Agustus (“On the 17th of August”) together. It was a new revolutionary song, and only a few were familiar with it. Even so, I saw one woman, a friend of my mother’s from her time in exile in Digul, singing at the top of her voice, tears in her eyes.
But in the end, it turned out that the day was not quite as peaceful as it had seemed at the beginning.
When we got back from the celebration in the field in the late afternoon, our housekeeper, Sambyat, told us that some Dutch soldiers had stormed into the house, carrying guns. After removing the paper flags of the new Republic from our gate, a soldier had forced Sambyat to swallow two of them. Then they had left.
In the evening, Mother told me that earlier in the afternoon, the Dutch soldiers had shot dead four young men in the rice fields. There hadn’t been any fighting. “They weren’t even partisans,” my mother said.
From that moment onwards, the word “truce” took on a completely different meaning in our household.
Almost a full century later, in 2022, the Dutch Prime Minister, Mark Rutte, issued a statement on behalf of his government. “On behalf of the Dutch government, I offer my most profound apologies to the people of Indonesia for the systematic violence perpetrated upon them by our country, a violence that until now has never been fully acknowledged,” he said.
I can understand why he made the apology, but I’m not sure that he was the right person to issue it. Rutte was born in 1967, a full twenty years after Van Mook, the acting Governor General of the Dutch East Indies, had attempted to destroy the design of the new Republic and conducted acts of military aggression against its people. I am not sure that Rutte has a good grasp of Indonesian history and its intricacy. He belongs to a generation raised years after Westerling, the notorious Dutch counter-insurgency officer, ordered the execution of hundreds of “terrorists” in Sulawesi without trial, and attempted a military coup against the Indonesian government.
I prefer to see Rutte’s apology not as  a conscientious policy, but rather a political act or, if you will, a proxy. It is a mea culpa without pathos. After all, his government has no part in the ugly chapter of the Dutch colonial history, and he could fairly say that our entangled histories were, like other histories, a “slaughtered bench”, to borrow Hegel’s dark metaphor; and who knows where the Schlachtbank exactly was.
We write history and stack up collective memories. But historiography has a fundamental flaw: it requires the use of words and names. It is based on an assumption that there is a common agreement regarding what these words and names mean: “Dutch” “Indonesianas,”, “violence.”
Historians string them together to create narratives and produce a meaning about the value of human freedom. They want to believe that the words they use will generate a consensus of signification. But language is tricky. 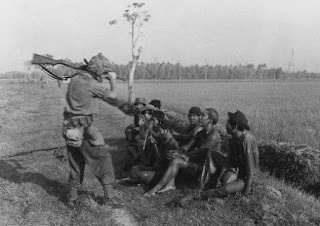 The word “Dutch” only means something if you compare it to something that is “non-Dutch” — and that is without limit. You’ll never be able to completely define what the words “Dutch” and “Indonesian” might mean. You can’t define a word by looking it up in the dictionary or in Wikipedia. Each word is perpetually elusive. Identities, names, and labels are always a process.
So I’m not saying anything new arguing that the word “Dutch” meant something different in the 1940s to what it means in 2020. The link between the government in The Hague today and Westerling — who, incidentally, tried to become an opera singer after retiring as a soldier — is entirely an abstraction.
A professor at Leiden University, who knew that the colonial regime sent my parents into an exile in Papua in the 1930s and executed my father in 1947, once asked me: “Do you still hate the Dutch?”
“I don’t think so, ” I replied, somewhat taken aback.
“I asked you because we Dutch still hate the Germans,” he replied.
The professor was a a very civil sort; it was atypical that he, speaking of Germans, used the word “hate”. But how could I assess the intensity of the pain, the humiliation, and the trauma living under Nazi’s repression?
“Our experiences are different,” I replied.
Experiences are always  personal and different. Each is shaped by a finite and transitory world. I do not believe that there is any such thing as a “collective memory” recording history without blemish. This is particularly true when it comes to what may be described as “extreme violence” in the past. Every time I hear people sitting down to judge what happened in the past, I hear one line of Chairil Anwar’s poetry echoing in my head: “We — the dogs being hunted — see only fragments of the play in which we act.”
Still, if anybody asks me how I feel about Rutte’s statement, I say: “Yes, I believe in forgiveness”. Despite the nature of the Dutch apology as a conceptual construct, I always remember what Monginsidi did. The young guerrila leader in Makassar forgave the Dutch soldiers before they executed him on September 5, 1949.
But what do the words “systematic violence” really mean? Revolution is not a dinner party, as Mao Zedong once said; it implies ambition and murder. Neither is counter-revolutionary politics of repression. In the modern histories of China, Algeria,  and Indonesia, both the revolutionaries and their enemies have their own slaughterhouses.
This does not mean that everything is blurred and that there can be no judgment. To me, it is clear what the words “extreme violence” mean: they refer to colonialism itself. Colonialism is an evil institution, built on arrogance and greed, based on an “ideology” that was used to justify treating Indonesians  (and many other peoples elsewhere) as less than human, as subhuman slaves.
And that is something I can never forgive.
Posted by andreasharsono at 11:00 AM No comments: 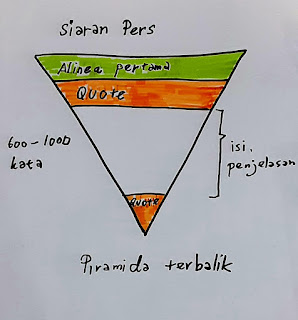 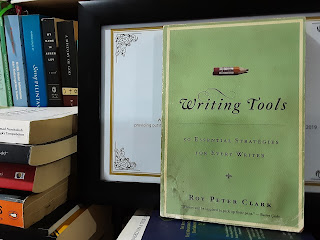 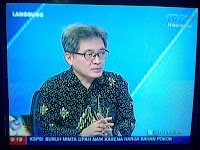 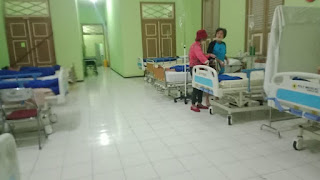 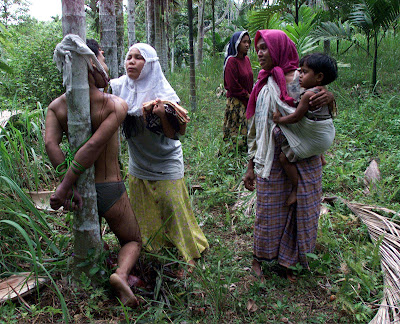