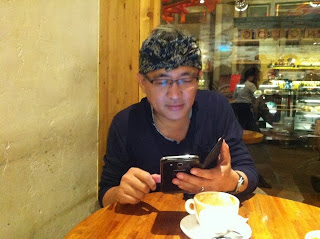 Andreas Harsono is likely a familiar name to many human rights advocates and members of Indonesia’s media. The former journalist is known for his support of human rights issues, particularly in the domain of religious freedom and gender.

Since joining Human Rights Watch as an Indonesia researcher in 2008, Andreas has continued his former calling as a teacher of narrative journalism through a course at Yayasan Pantau (Pantau Foundation), which he founded.

His career in journalism started at university where he joined the campus press, despite his father’s wishes that Andreas should study electrical engineering and continue the family’s business upon graduating.

“I worked in an ordinary [non-media] company to study management” after graduation, Andreas says. “But after a year, I told my father that I did not enjoy it at all. I only wanted to become a journalist.”

Andreas joined the Jakarta Post as a cub reporter from 1993 to 1994. His contract was prematurely terminated when the Post learned that Andreas helped found the Alliance of Independent Journalists (AJI), as an alternative to the government-controlled Indonesian Journalists Union (PWI), which held sole sway over the profession by official decree.

After leaving the Post, Andreas worked as a correspondent for Bangkok-based newspaper The Nation. He is also one of the founders of Southeast Asian Press Alliance, Institute for the Studies on Free Flow of Information (ISAI) and Pantau.

He was once arrested when investigating the Sunni and Shia conflict in East Java’s Sampang district, for “intruding into a conflict area without a permit.” The police released him after a night in jail.

Though long active on social media through his eponymous blog, Andreas only became active on Twitter after the attack on Ahmadiyah Muslims in Cikeusik, Banten that left three dead.

“After the incident, I tweeted frequently about the killing.” 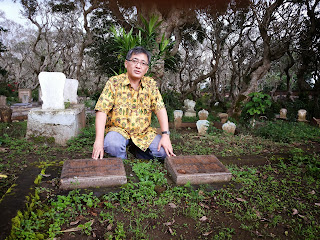 Andreas posted a video of the attack to YouTube after a leading TV news channel heavily censored the most brutal footage.

Andreas feels that news outlets’ self-censorship had the effect of downplaying the murder. Though his number of followers spiked, some have accused him of “having certain interests” by uploading the video.

No stranger to death threats, Andreas was once threatened for writing a blog post on the murder of Madurese in Pontianak, West Kalimantan, in 2009.

He considers himself to be a “sense maker” and news aggregator of unedited accounts from blog posts and social media. He says he’s adapted to this role from lessons imparted by US journalist Bill Kovach, from whom he studied at Harvard University as a Nieman Fellow.

His @andreasharsono Twitter account has nearly 20,000 followers. But he warned that not everything said on the Internet is trustworthy.

Journalists should also show their followers how to make sense of complex data, he counsels. “A tweet should be useful in the sense that it gives information and takes a corresponding stance.” Tempo magazine founder Goenawan Mohamad is one of Andreas’ favorite Twitter feeds.

“I also follow some organizations, such as Kontras [Commission for Missing Persons and Victims of Violence], media such as Tempo and the Jakarta Globe and human rights activists including Usman Hamid and Hariz Azhar. I’m not following [President Susilo Bambang] Yudhoyono. I don’t need to follow him, because every time I open my eyes, he’s there.”

Media professionals can no longer act as gatekeepers, Andreas says, as social media empowers anyone to shape public opinion.

“Editors used to be gatekeepers of information received by the media,” he says. “But with the rise of social media, this traditional boundary no longer exists.”

“You can be a publisher via a blog, broadcaster via YouTube or podcast and social networker via Twitter,” he says. “The role of gatekeeper has been written off in this Internet era.”

Andreas says although social media may not always be reliable and can be dangerously misleading, it also gives consumers an opportunity to get comprehensive, uncensored information.

1. Do not use social media to merely spread personal information. “People are not interested with your personal life. There’s no use of tweeting like ‘I feel tired’ or ‘It’s really hot’ or ‘I’m hungry.’”

2. Consider Facebook as the user’s living room, a place where you receive guests who are your friends, colleagues and others. Don’t say bad words in someone’s living room; it’s unethical.

3. Don’t accept friend requests of people you never meet physically. You have to make sure that your Facebook friends are ethical, will not steal your private photos and will not improperly respond to your status.

Follow Friday is a series of profiles on the people who make up Indonesia’s ever-growing Twitterverse. Each week we feature one person whose tweets are either informative, funny or controversial. Follow at your own risk.
Posted by andreasharsono at 2:00 PM