Susanna Harsono, my sister, is visiting us in Jakarta. She lives with our mother in Jember, spending her Christmas holiday with us.

Susanna has been having schizophrenia paranoid since 1991 when she was 24 years old. She said she heard "voices" in her head, making it difficult for her to work even to sleep. Imagine if you have a noise of someone drilling or buzzing 24/7?
She said she has this noise everyday. She could only sleep without such a noise after taking her medication.

Sometimes she acts like a child, going tantrum if she is hungry or sleepy. She is always careful when her medication is running thin. 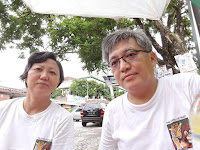 But she takes medication every day, making her able to do household works. She is quite an artist, very good in knitting and coloring. I gave her a coloring book. I am pretty amazed to see how fast she does her coloring. It's quite a distraction from her chaotic conversation.
I am grateful that she has the government support to see psychiatrists at the Jember general hospital and to get the medication from a puskesmas (district clinic) near our family house.

She was born in November 1969 in Jember. She has a twin sister, Rebeka Harsono, who lives in Tangerang. ﻿

Posted by andreasharsono at 5:27 AM No comments: 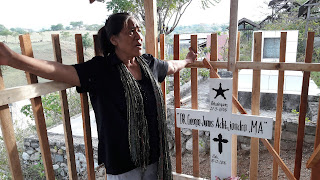 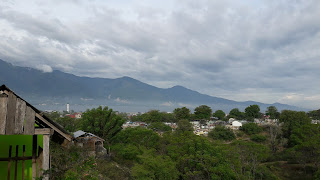 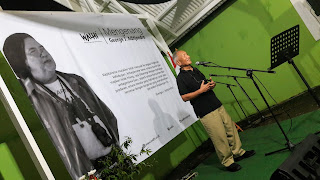 He is one of very few Indonesian intellectuals who write about almost every corner of this vast archipelago i.e. Aceh, North Sumatra, Poso, the Malukus Islands, East Timor, West Papua.
Posted by andreasharsono at 5:30 AM No comments: