Indonesia Is No Model for Muslim Democracy 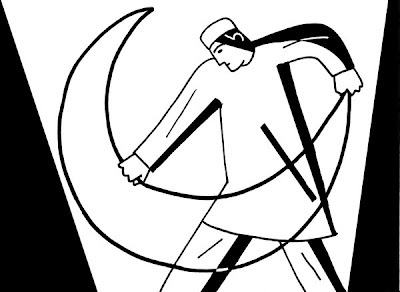 IT is fashionable these days for Western leaders to praise Indonesia as a model Muslim democracy. Secretary of State Hillary Rodham Clinton has declared, “If you want to know whether Islam, democracy, modernity and women’s rights can coexist, go to Indonesia.” And last month Britain’s prime minister, David Cameron, lauded Indonesia for showing that “religion and democracy need not be in conflict.”

Tell that to Asia Lumbantoruan, a Christian elder whose congregation outside Jakarta has recently had two of its partially built churches burned down by Islamist militants. He was stabbed by these extremists while defending a third site from attack in September 2010.

This week in Geneva, the United Nations is reviewing Indonesia’s human rights record. It should call on President Susilo Bambang Yudhoyono to crack down on extremists and protect minorities. While Indonesia has made great strides in consolidating a stable, democratic government after five decades of authoritarian rule, the country is by no means a bastion of tolerance. The rights of religious and ethnic minorities are routinely trampled. While Indonesia’s Constitution protects freedom of religion, regulations against blasphemy and proselytizing are routinely used to prosecute atheists, Bahais, Christians, Shiites, Sufis and members of the Ahmadiyya faith — a Muslim sect declared to be deviant in many Islamic countries. By 2010, Indonesia had over 150 religiously motivated regulations restricting minorities’ rights.

In 2006, Mr. Yudhoyono, in a new decree on “religious harmony,” tightened criteria for building a house of worship. The decree is enforced only on religious minorities — often when Islamists pressure local officials not to authorize the construction of Christian churches or to harass and intimidate those worshiping in “illegal” churches, which lack official registration. More than 400 such churches have been closed since Mr. Yudhoyono took office in 2004.

Although the government has cracked down on Jemaah Islamiyah, an Al Qaeda affiliate that has bombed hotels, bars and embassies, it has not intervened to stop other Islamist militants who regularly commit less publicized crimes against religious minorities. Mr. Yudhoyono’s government is reluctant to take them on because it rules Indonesia in a coalition with intolerant Islamist political parties.

Mr. Yudhoyono is not simply turning a blind eye; he has actively courted conservative Islamist elements and relies on them to maintain his majority in Parliament, even granting them key cabinet positions. These appointments send a message to Indonesia’s population and embolden Islamist extremists to use violence against minorities.

In August 2011, for example, Muslim militants burned down three Christian churches on Sumatra. No one was charged and officials have prevented the congregations from rebuilding their churches. And on the outskirts of Jakarta, two municipalities have refused to obey Supreme Court orders to reopen two sealed churches; Mr. Yudhoyono claimed he had no authority to intervene.

Christians are not the only targets. In June 2008, the Yudhoyono administration issued a decree requiring the Ahmadiyya sect to “stop spreading interpretations and activities that deviate from the principal teachings of Islam,” including its fundamental belief that there was a prophet after Muhammad. The government said the decree was necessary to prevent violence against the sect. But provincial and local governments used the decree to write even stricter regulations. Muslim militants, who consider the Ahmadiyya heretics, then forcibly shut down more than 30 Ahmadiyya mosques.

In the deadliest attack, in western Java in February 2011, three Ahmadiyya men were killed. A cameraman recorded the violence, and versions of it were posted on YouTube. An Indonesian court eventually prosecuted 12 militants for the crime, but handed down paltry sentences of only four to six months. Mr. Yudhoyono has also failed to protect ethnic minorities who have peacefully called for independence in the country’s eastern regions of Papua and the Molucca Islands. During demonstrations in Papua on May 1, one protester was killed and 13 were arrested. And last October, the government brutally suppressed the Papuan People’s Congress, beating dozens and killing three people. While protesters were jailed and charged with treason, the police chief in charge of security that day was promoted.

Almost 100 people remain in prison for peacefully protesting. Dozens are ill, but the government has denied them proper treatment, claiming it lacks the money. Even the Suharto dictatorship allowed the International Committee of the Red Cross to visit political prisoners, yet the Yudhoyono government has banned the I.C.R.C. from working in Papua.

Instead of praising Indonesia, nations that support tolerance and free speech should publicly demand that Indonesia respect religious freedom, release political prisoners and lift restrictions on media and human rights groups in Papua.

Mr. Yudhoyono needs to take charge of this situation by revoking discriminatory regulations, demanding that his coalition partners respect the religious freedom of all minorities in word and in deed, and enforcing the constitutional protection of freedom of worship. He must also make it crystal clear that Islamist hard-liners who commit or incite violence and the police who fail to protect the victims will be punished. Only then will Indonesia be deserving of Mr. Cameron and Mrs. Clinton’s praise.

Andreas Harsono is a researcher for the Asia division at Human Rights Watch.

Posted by andreasharsono at 12:03 PM