Brave Indonesian Women Discuss Freedom to Choose What to Wear 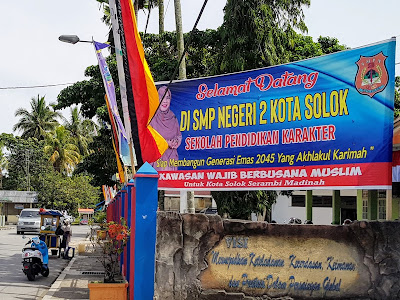 This week I moderated a discussion with seven courageous Indonesian women – a teacher, a lawyer, an ombudswoman, two psychologists, and two activists. They were holding a news conference to support a new government decree that allows schoolgirls and teachers to choose whether to wear a jilbab (the common term in Muslim-majority Indonesia for a head, neck, and chest covering) in state schools. The decree orders local governments and school principals to abandon regulations requiring a jilbab in nearly 300,000 state schools in the country.
Ifa Hanifah Misbach, a psychologist in Bandung, spoke about her clients who had suffered “body dysmorphic disorder” after being bullied into wearing a jilbab. Two have tried to take their lives. The social pressures reminded her of her own experience of receiving constant questions about whether she was a pious Muslim because she chose not to wear a head covering.
Although Indonesia has a large Muslim majority, it has people of many faiths and no official religion. “The regulation is very important, crucial, to maintain the idea of Indonesia as a cohesive nation-state,” said Alissa Wahid, a family psychologist in Yogyakarta.  “Everyone has the right to religious freedom.”
Ombudswoman Yefri Heriani spoke about abusive mandatory jilbab regulations in West Sumatra. Lawyer Dian Kartika Sari demanded that local governments obey the new rule and revoke “unconstitutional” regulations. Budhis Utami of Kapal Perempuan women’s rights group talked about their online petition signed by 184 groups asking the Indonesian government to enforce the new rule.
Dwi Rubiyanti Kholifah of the Asian Muslim Alliance Network talked about groundless accusations from conservatives that they are Islamophobic if they choose not to wear the jilbab. “Anyone who criticizes this new regulation should read it first,” she said. “There is too much disinformation.” Henny Supolo Sitepu, a teacher, talked of the need for state schools to promote religious diversity and to stop discrimination.
Perhaps the most poignant moment was when Misbach read a poem, “A Little Girl Is Asking God,” about her three decades facing social pressures: “God, isn’t it possible for me, a girl, to be myself? God, isn’t it possible for me, a girl, not to be a hypocrite? I want to be honest with myself.”
Some people sobbed during the poem and conversation.
The seven women powerfully conveyed the harm of mandatory jilbab regulations. Local governments and school officials should protect women and girls’ rights and promptly and fully comply with the new decree.
Posted by andreasharsono at 8:54 AM