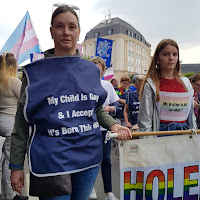 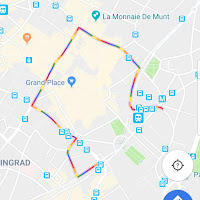 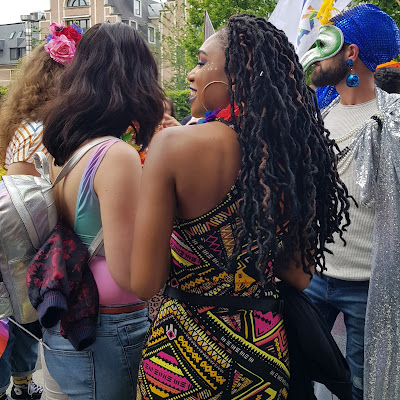 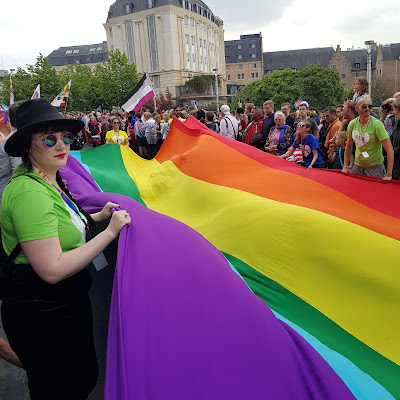 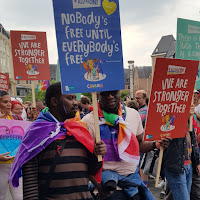 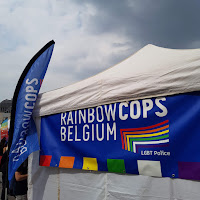 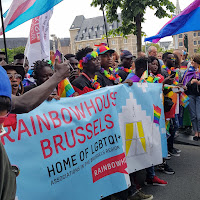 Posted by andreasharsono at 10:00 PM No comments:

‘Race, Islam and Power’ A troubling tour through a pained land


Visiting outlying islands in this sprawling archipelago reveals an unease felt about Java, “the denominator of Indonesia”. From Aceh to West Papua live citizens who see the nation’s largest ethnic group as oppressive colonialists.

When these did not work, persuasion turned to force.

In his new book Race, Islam and Power, human rights activist Andreas Harsono explains the damage incurred on “wonderful Indonesia” as a result of violence.

This was never meant to be a jolly travelogue. The author quotes West Sumatran poet Leon Agusta (1938-2015): “They’re the two most dangerous words in Indonesia: Islam and Java”, to which Andreas adds: “Muslim majority and Javanese dominance”.

Despite efforts from people like Andreas to bring human rights issues to the fore, this year’s election campaigns focused little on such issues.

Nevertheless, perhaps some voted against Prabowo Subianto because of questions about the former general’s actions in the Army. Others might have rejected Joko “Jokowi” Widodo, reasoning that he dodged confronting post-1965 cases of persecution, despite having previously promising to open discussion on human rights.

Little has happened to reconcile the state with the survivors and the families of the real or imagined Communist victims who were never charged under the law. The guilty still control. Dealing with unresolved shame is not a problem exclusive to Indonesia. Australians are grappling with a new understanding of their nation’s past as historians are openly having discussions on massacres targeted at the Aborigines right into last century.

Consider the continuing cruelties: In Aceh, men who love each other and unmarried women who love men get whipped in a medieval public ritual in front of smartphones. People who have made mild comments about faith are put behind bars for blasphemy.

Across Indonesia, hate fermented against gays is brewed by religious leaders. Ahmadiyah sectarians get persecuted, as do followers of minority mainstream faiths.

Indonesians love the outsider-imposed label of tolerance, but this is continually threatened; robust analysis mainly comes from foreign academics, safe on campuses far away.

At last comes a critic with credibility from within. As a local, Andreas risks confrontations. In pre-independence East Timor a soldier demanded: “Are you red and white (a nationalist)?”

Andreas said he was an impartial journalist. Fortunately only his visit was terminated.

During Soeharto’s authoritarian New Order government, Andreas, an Indonesian with ethnic Chinese heritage, would have understood that discrimination is pervasive.

In Salatiga’s Satya Wacana Christian University in Central Java, he followed lectures by the late George Aditjondro, a sociologist and author who was so powerful a critic of Soeharto (he likened the president to an octopus) that he fled to Australia to avoid arrest.

George’s teachings and writings raised questions about Indonesia’s governance and the nature of Benedict Anderson’s “imagined community”. The late US scholar also quashed the view that only Westerners can be colonialists. Andreas has become a torchbearer for the freedoms they championed.

Although he enrolled in electronic engineering school, writing for student unions revealed he had a talent for journalism. After a year with this newspaper, he became the Jakarta correspondent for Bangkok’s The Nation English language daily. He also won a prestigious Nieman Fellowship to study journalism at Harvard.

Through reporting, he has seen far more of his country than most. Along the way he realized that daily reporting was not effective enough in providing information that would allow the world to understand Indonesia.

The result is this political travelogue, subtitled Ethnic and Religious Violence in post-Soeharto Indonesia. The title is clumsy, the cover drab. There’s no index, but there is a handy list of sources. The prose is excellent.

This is a discomforting read for anyone who cares for the moral development of this nation. It is also a counterweight to the glossy mags promoting Indonesia as a land fit for hedonists.

This is sweaty and edgy journalism. It can also be dangerous. In 2004, activist Munir Said Thalib was assassinated on a Garuda flight to Europe. The case remains unsolved.

For 15 years Andreas has been where the pain is raw, where the wee folk live, work, travel and get jailed, hearing their authentic stories of discrimination and repression, their anger and puzzlement: Was this the land our heroes promised in 1945?

“What they learned at school was totally different from what they saw in their real life,” he writes. “I hear this over and over throughout Indonesia.”

Race, Islam and Power has been published in Australia in English, the language Andreas used, as he was “trying to speak to an international audience about violence in Indonesia […] especially policy makers, academics, opinion leaders”.

No local press organizations would handle the work, which proves the author’s point about the country’s fear of confronting the past; yet society’s betterment depends on its citizenry knowing about the state’s real history.

Andreas’ work aims to build a better nation by exposing truths. Those who agree with George W. Bush’s quote “you’re either with us or against us” might call the author a traitor; yet critics can be finer patriots than jingoists – and more effective.

Andreas has been a Jakarta-based researcher since 2008 with international NGO Human Rights Watch and he is often its spokesman. His statements are measured and fact-based – as they are in this book.

This is important because villainy thrives when far from public view. When atrocities are revealed, doubt dampens outrage if accusations are shrill and facts vague. Could these gentle friendly folk really be so brutal – and if so, why?

Sadly, tragically, yes. There’s been slaughter and dispossession from Sabang to Merauke, a route Harsono has traveled and meticulously studied.

Democracy is “people power”, though not for losing politicians trying to force their interests through street protests. They tread a dangerous track.

The same goes for those howling religious hate. This book shows these roads will never lead to the respected nation the founders imagined and the people desire. (ste)
Posted by andreasharsono at 2:30 AM No comments: