On October 19, 2011, Indonesian police and the army fired warning shots to disperse approximately 1,000 Papuans gathered for a peaceful pro-independence demonstration in the Papua provincial capital, Jayapura, after one of the leaders read out the 1961 Papua Declaration of Independence. In an ensuing crackdown by the security forces on the demonstrators, at least three people were killed and dozens were injured. Witnesses said several had gunshot wounds. 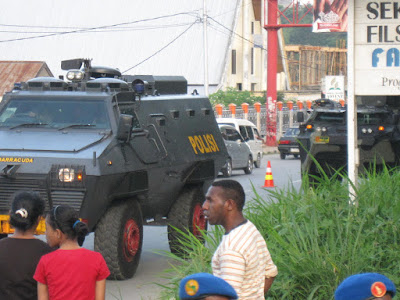 At about 2:30 p.m. on October 19, at the “Third Papuan Congress,” Forkorus Yaboisembut, chairman of the Papuan Customary Council, read out a 1961 Declaration of Independence, and said that he and Edison Waromi, the president of the West Papua National Authority, had been elected by the Congress as president and prime minister respectively of the “Democratic Republic of West Papua.” 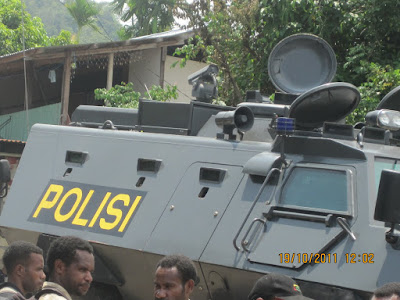 About 30 minutes later, the event concluded and the crowd started to disperse, but about 1,000 people remained in the field, talking, and socializing. At approximately 3:30 p.m., the police and military, who had deployed anti-riot trucks and surrounded the field since midnight the night before, began firing military assault weapons over the crowds and into the air. 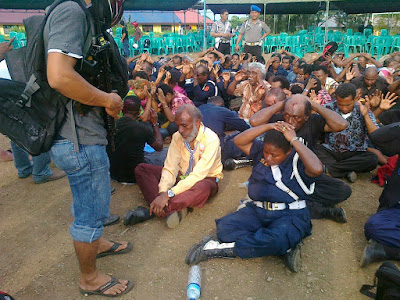 Witnesses said that most of the people in the field began running. Others stopped and surrendered, putting their hands up. The police then arrested approximately 300 people, ordering them to strip down to their underwear. Witnesses say that security forces pistol-whipped or beat those they arrested with rattan canes and batons, resulting in several injuries. 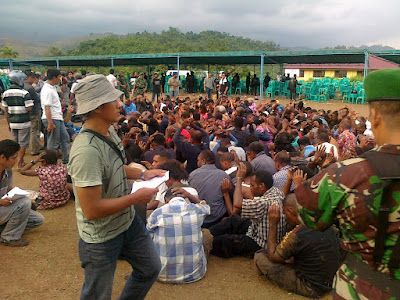 The three reported deaths are:

Posted by andreasharsono at 2:12 PM