(Jakarta) – Political changes in post-Suharto Indonesia have triggered ethnic and religious violence across the country, says a book by Andreas Harsono, a veteran Indonesia researcher for Human Rights Watch, that was published today. 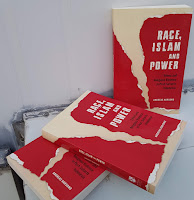 The 280-page book, Race, Islam and Power: Ethnic and Religious Violence in Post-Suharto Indonesia, was published by Monash University Publishing a week before Indonesia’s general elections on April 17, 2019. Harsono spent five years travelling around Indonesia, from the westernmost island of Sabang to its easternmost city of Merauke in West Papua, from Miangas Island in the north, near the Philippines border, to Ndana Island, near the coast of Australia. Harsono’s journey took him to more than 90 locations, including 41 small towns and 11 remote islands. Many of those locations were the sites of either state or communal violence.

“Indonesia is not only the largest country in South East Asia – but also the most populated predominantly Muslim country in the world,” said Nathan Hollier, the director of Monash University Publishing. “We hope this book will contribute to a deeper understanding of the social dynamics on the ground within this highly diverse, complex, and important nation.”

President Suharto’s momentous resignation in May 1998, after three decades in power, triggered political changes in multiethnic, multireligious, and multilingual Indonesia. Many ethnic and religious groups promptly tried to find new equilibrium, demanding more say in their political, economic, and cultural domains. Some became involved in bloody conflicts within their borders.

Harsono spent 15 years researching and writing his book, documenting how race and religion have come to be increasingly prevalent within Indonesia’s politics. He estimates that at least 90,000 people were killed in mostly communal violence in the decade after Suharto’s departure.

“When Andreas Harsono returned from his Nieman Fellowship at Harvard University in 2000, he introduced long-form reporting in Indonesia, writing and editing literary news reports,” said Elaine Pearson, Australia director at Human Rights Watch. “In 2008, he joined Human Rights Watch, researching human rights violations across Indonesia. He combines his literary reporting skills and human rights training in this travelogue, seamlessly integrating his visits to many mass graves with academic analysis.”

Human Rights Watch is an international organization with its head office in New York, working in nearly 100 countries, uncovering facts that create an undeniable record of human rights violations. Its staff are experts on the countries and human rights topics that they cover. Some have published books to reflect at greater length on relevant themes and events.

Monash University Publishing is the publication arm of Australia’s largest university with four campuses in Victoria (Clayton, Caulfield, Peninsula, and Parkville), one in Selangor (Malaysia), and one in Johannesburg (South Africa). Monash also has a training center in Prato (Italy), a research academy in Mumbai (India), and a collaboration with China’s Southeast University in Suzhou (China). It publishes books on humanities and social sciences, specializing in Asian Studies and the study of Australian history, culture, and literature.

The book is divided into seven chapters and an epilogue. Each chapter centers on a major island in Indonesia:

Sumatra: Aceh militants fought against Indonesian rule since 1976. Many outer islands, such as Sumatra, had to adopt Javanese culture if they wanted to get financial support from the government in Jakarta. But the devastating 2004 tsunami in Aceh, led to a peace agreement between militants and the Indonesian government, ending the three-decade conflict. Aceh also adopted Shariah (Islamic law), introducing discriminatory regulations against religious and gender minorities.

Sulawesi: Ethnic Minahasans rebelled against Indonesia in the 1950s. This Christian-majority area has managed to avoid the sectarian violence experienced in neighboring Moluccas provinces and around Lake Poso in Central Sulawesi.

Java: Indonesia’s most populous island but also the arena where Islamists and Indonesian nationalists have battled over the philosophical basis for the country since the 1920s. The idea of formalizing Sharia took root then, resulting in discrimination against religious and gender minorities, and challenging the idea of Indonesian nationalism. After Suharto’s fall, Islamist politicians in Java revived the idea of recreating Indonesia as an Islamic state. They wanted to change the Constitution to obligate Muslims to follow Sharia, proposed bans on non-Muslim leaders in majority Muslim areas, sought greater enforcement of Sharia provisions, and pressed for nominating candidates sympathetic to Islamist objectives. Some extremist Islamists have used violence to advance their agendas, including bombings in Jakarta and Bali in 2002 and 2005 that killed hundreds of people.

The Moluccas: These islands were the scene of the bloodiest violence in post-Suharto Indonesia between 1999 and 2005. The violence took place on the islands of Ambon, Halmahera, Tidore, and Ternate, involving at least 3,000 militants from Java under the Laskar Jihad group.

Lesser Sunda Archipelago: These islands span from Timor in the east to Bali, near Java. Those living in the archipelago have experienced violence, especially in East Timor, which was under Indonesian occupation until a United Nations-organized referendum in May 2002. The Commission for Reception, Truth and Reconciliation in East Timor documented at least 102,800 deaths under Indonesian occupation.

West Papua: The history of West Papua centers on racism, human rights abuses, and the manipulation of the 1969 Act of Free Choice. The American mining company Freeport-McMoRan has long played a role that has affected conditions for indigenous people in Papua and West Papua provinces.
Posted by andreasharsono at 8:00 AM