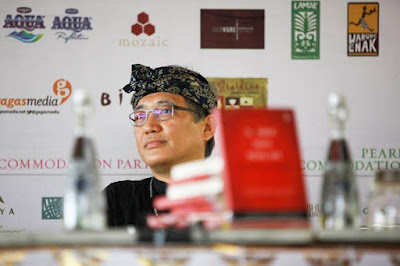 Harsono answered questions expressing his views on the internet and NGOs disturbing and disrupting the business models of centralised media companies, citing Charles Lewis’ paper on "The Rise of NGOs and Non-Profit Media" as a major influence, and the New York Times as the best news organisation and, despite his own criticisms, Tempo as Indonesia’s best media.
Posted by andreasharsono at 10:38 PM