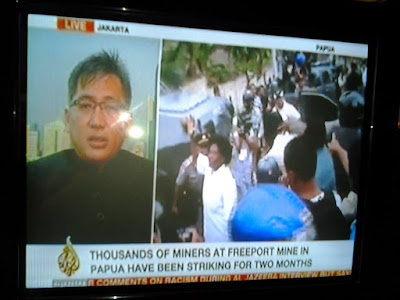 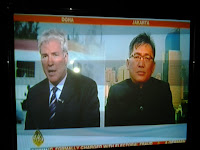 "Indonesia officially took over Papua in 1969, but gave Freeport the contract for Papua beforehand.
Posted by andreasharsono at 6:42 PM No comments: 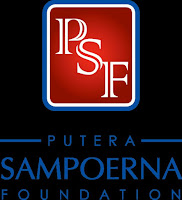 In regards to the article in your blog: http://andreasharsono.blogspot.com dated September 9, 2011 entitled “Public health suffers as Indonesia ignores calls for tobacco reform” that stated: “The Putera Sampoerna Foundation is also into journalism, with its Adiwarta Sampoerna Award for reporters covering legal, arts, business and environmental matters.” (paragraph 24)

The Putera Sampoerna Foundation is the first social business Institution in Indonesia with the vision to create high caliber future leaders and entrepreneurs for Indonesia to face the challenges of global participation. The four main pillars of the Putera Sampoerna Foundation are quality education in Indonesia, the development of job creation through entrepreneurship programs, empowerment of our women, and the distribution of aid and relief programs for disaster recovery.

With this clarification, we hope that you would set the record straight and provide accurate information to your readers.

Thank you for your kind attention and cooperation.

Nila Tanzil
Head of Communications
Posted by andreasharsono at 9:56 AM No comments:

Email ThisBlogThis!Share to TwitterShare to FacebookShare to Pinterest
Labels: Health 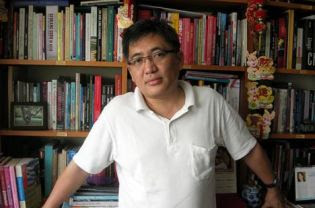 "This is the Best Times for Journalism." ©Dyah Paramita
Andreas Harsono is one of the country’s most controversial journalists, but even a stint in prison has not stopped the recipient of Harvard’s Nieman Fellowship from writing about human rights and fighting for justice.

My Jakarta sat down with the author of ‘ “A9ama” Saya Adalah Jurnalisme’ (‘ “My Reli9ion” Is Journalism’) to find out what’s on his mind. The veteran writer explains why he thinks it is important to celebrate cultural diversity, what he’d like to hear from U2 if they ever come to Jakarta and how  Gus Dur earned his respect despite falling asleep during an interview.

What makes your writing controversial?

Over the last 10 years, my main job has been writing stories of up to 50,000 words, called long-form writing, which take months to research and are quite costly. Such work allows me to get to the bottom of an issue, which is why I advise that research is as important as writing. This method results in me writing only two or three stories a year. But for more difficult issues, I still release short reports. I also still write features and interviews.

Are human rights issues your sole passion in journalism?

In the past, I wrote about corruption and conflict in general, but later I became more specialized in human rights issues, like those in Aceh, East Timor, West Papua, Java and Burma. I realized that I’d had that passion since I was in second grade, when I admired many human rights activists.

Did you feel threatened when you were detained in East Java, because of your work on discrimination against Shia Muslims?

I see threats and condemnation as part of a process Indonesia has to go through to respect human rights. Nowadays we have more free space to express our opinions, though of course there are many who use hate-speech.

In West Kalimantan, I was accused of pitting one ethnic group against another, and undermining the republic. But like Gus Dur [former President Abdurrahman Wahid] once said, ‘Gitu saja kok repot?’ [‘Why sweat the small stuff?’]. My mentor, Goenawan Mohamad, told me there are two similar words in Malay, one is takut [fear] and the other takluk [surrender]. Takut is natural but takluk is not. I may be fearful but I’m not going to surrender.

What about the risks to your family?

When I publish a ‘dangerous’ story, I usually tell my wife about the risk, and she responds, ‘You do your job, go ahead.’ I once even wrote a story that might have affected the company she worked for, but she gave me the same response. Luckily, nothing bad has ever happened.

Is freedom of expression still rare in Indonesia?

Legally, there are spaces for free expression. But there are more than 100 statutes condemning it. Just look at how many human rights activist face prosecution because of their work.

We are in the era of citizen journalism. Any thoughts?

This is one of the best times for journalism. In the past, publishing a story required a printing machine. Now we have blogs and Twitter, which function like a news wire service. But at the same time we are risking a ‘tsunami of information.’ We can drink a glass of water, but we can’t drink a tsunami. I mean that everyone involved in writing needs to learn democracy along with journalism since many are just voicing hatred, rumors and even teaching bomb-making.

I love Beethoven, Queen and U2. Twenty years ago I used to be the lead singer in a rock band. I took a music course at Harvard.

Any chance you like U2 because of their activism?

I learned about U2 in 1985. They talked about the killings in Belfast — Bloody Sunday — and the assassination of Martin Luther King Jr. Which is why if U2 were ever to give a concert in Indonesia, I would love to hear them talk about human rights abuses in West Papua.

If you were to write about Jakarta, what would you say?

I’d like to write about the colorful ethnicities of Jakarta. The food like mie Aceh, jagung bose Flores, nasi kuning Ternate, babi batu Papua, and the people like the Talaud ethnic group, Sambasnese, Ambonese and Kandanganese. This diversity should be celebrated and maintained to avoid social breakdown in Indonesia. If the center is shaken, outer territories will lose balance. That’s why in a highly centralized country like Indonesia, moving the capital is not the answer. The key is to decentralize power.

I consider ‘The Elements of Journalism’ by Bill Kovach and Tom Rosenstiel as my favorite. I also like fiction such as Chaim Potok’s ‘My Name Is Asher Lev,’ which also happened to be Gus Dur’s favorite book.

You’ve mentioned Gus Dur twice. What connection did you have with him?

Indonesia is the way it is today because of his presidency in 1999. He — a liberal thinker, humanist and a human rights advocate — led one of the most important periods in Indonesia. He didn’t produce any laws that hurt his people. Because of that, people trusted Indonesia under his leadership. We owe him much more than we know. I once interviewed him and he fell asleep [laughs]. Awakened, he continued the interview without apologizing. I knew he was tired, so it wasn’t a big deal to me. Gus Dur was just being himself.

Correction
The My Jakarta interview printed "East Java" instead of "West Kalimantan" in my answer about the accusation of pitting one ethnic group to another. I corrected that error here.
Posted by andreasharsono at 9:33 AM No comments: