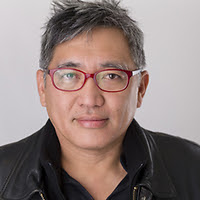 Would you like to share few words of wisdom to young Journalists?
I believe in quality journalism. The more quality a society has in its journalism, the more options it has to shape their public opinion, thus the society will be better informed to make their public decisions. The quality of our journalism relates directly to the quality of our society, our democracy.
Posted by andreasharsono at 11:00 AM No comments: