“The procedure has been practiced for a long time,” he told reporters in Kuningan in South Jakarta on Nov. 19, referring to the use of virginity tests. “If [a candidate] turns out to be a prostitute, then how could we accept her for the job?” Indonesia’s coordinating minister for politics, law, and security, Tedjo Edhi, confirmed that virginity tests have long been obligatory for female military recruits.

In many parts of Indonesia, local laws compelling women and girls to don the hijab, or headscarf, are increasingly common in schools, government offices, and public spaces. While many of these laws specify traditional Sunni Muslim garb both for women and men, research by HRW shows they disproportionately target women.

The United Nations has also sounded the alarm. “The committee is deeply concerned about the persistence of a large number of discriminatory laws at the national level … [as well as] discriminatory bylaws,” the U.N. Committee on the Elimination of Discrimination Against Women, said in its 2012 compliance review (PDF).Failure to act on women’s rights will mark a betrayal of Indonesian women and haunt President Joko Widodo’s administration for years to come. Indonesian women’s rights groups have opposed the passage of these discriminatory regulations. The National Commission on Violence Against Women linked a sharp decline in the enactment of such rules from 2006 to 2009 to the “strong reactions from civil society at the national level.”This is not the Indonesia I knew growing up. I was born in Jember, a small town in East Java in 1965. At the time, there were no regulations that required women to wear the hijab. There was no multiplicity of local regulations and ordinances curtailing women’s freedom to dress, dance or ride pillion. To be sure, Indonesia was no paradise for women’s rights in the 1970s and 1980s. For example, the 1974 Marriage Law contained many discriminatory provisions, including the legalization of polygamy. But it also recognized women’s right to marital property.Although Indonesia’s dictator Suharto flouted many basic human rights during his 33-year-long reign, he established the Ministry of Women’s Empowerment in 1983. A year later he allowed Indonesia to sign and ratify the Convention to Eliminate All Forms of Discrimination Against Women, the first human rights convention the country signed. In October 1998, Suharto’s successor President B.J. Habibie formed the National Commission on Violence Against Women. In concert with the Ministry of Women’s Empowerment, the agency was explicitly tasked with integrating women’s rights as a key component of government policy formation.Indonesia’s democratization and decentralization after Suharto’s fall in 1998 has emboldened Islamic activists who have spearheaded the calls for laws and regulations that limit women’s rights. Ironically, the rise of discriminatory laws occurred despite the fact that Indonesia elected its first female president in 2001 and enacted a domestic violence law three years later. The 2010 gender equality bill, aimed at ending discrimination, remains stalled in parliament because of opposition from Islamist politicians.The government’s failure to prevent the erosion of basic rights of women and girls is not accidental. Opening the Indonesian Ulama Council congress in 2005, former President Susilo Bambang Yudhoyono, wooed members of the country’s top Muslim clerical body, promising to integrate fatwas (Islamic edicts) into government policies. He appointed a handful of conservative politicians and Islamic clerics as advisers and Cabinet members.President Joko Widodo, who replaced Yudhoyono in national elections on July 9, was sworn into office on Oct. 20. Widodo’s challenge is to prove that his administration will not tolerate abusive virginity tests or trade women’s fundamental rights for political support from Islamist militants.  Widodo should send that message by boldly banning virginity tests and lifting Islamist-imposed restrictions on women’s rights. Failure to act on women’s rights will mark a betrayal of Indonesian women and haunt his administration for years to come. Andreas Harsono is an Indonesia researcher at the Human Rights Watch.

Posted by andreasharsono at 7:26 AM No comments:

Human Rights Watch has condemned Indonesia's use of "virginity tests" to filter female police applicants. The group's Andreas Harsono says some officials claim they want to get rid of "prostitutes" among the applicants.

In a report published on November 18, Human Rights Watch (HRW) accuses the Indonesian government of subjecting women applying for Indonesia's National Police to discriminatory virginity tests. Based on interviews with both female police and police applicants in six Indonesian cities who had undergone the test, the report describes the practice as "painful and traumatic" for the women.

The test is done early in the recruitment process as part of the applicants' physical exam. Personnel from the Police Medical and Health Center conduct the tests primarily in police-operated hospitals.

The report claims that the examination has included the "two-finger test" to determine whether female applicants' hymens are intact. It also argues that the practice contravenes National Police principles which state that recruitment must be both "nondiscriminatory" and "humane."

In a Deutche Welle interview, Andreas Harsono, Indonesia researcher at HRW, says some police doctors and officers claim these tests are needed to "check the morality of the recruits." 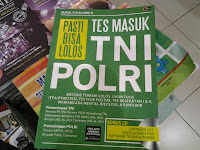 DW: Why is the Indonesian police still conducting virginity tests on female recruits?

Andreas Harsono: The so-called "virginity test" has been in practice for a long time. We interviewed a retired policewoman who said that her 1965 class had been tested. We also found that several policewomen had protested the practice in the late 1980s as well as the late 1990s.

Finally in 2009, the National Police chief issued a new mechanism, the Regulation No. 5 on Health Inspection Guidelines for Police Candidates, which requires female police academy applicants to undergo an "obstetrics and gynecology" examination. It does not specify that a "virginity test" is to be administered. The test is given early in the recruitment process as part of the applicants' physical exam.

But old habits die hard. Police Medical and Health Center personnel conduct the tests primarily in police-operated hospitals. We found some police doctors and police officers saying that they want to get rid of "prostitutes" among the applicants. They therefore included the discredited and degrading "two-finger test" to determine whether female applicants' hymens are intact or torn.

What impact does this test have on the female recruits?

Applicants who "failed" were not necessarily expelled from the force, but all of the women described the test as painful and traumatic. In Padang, West Sumatra, policewomen regretted that they took the test, saying that the state does not trust them to be "good women" who are able to work professionally, according to Nurani Perempuan, a women's rights advocacy organization.

But we also met policewomen who feel that the test is justified. They are proud to be virgins and feel upset with their outspoken colleagues who protest the test. I believe they're upset because they're forced to go out of their comfort zone.

What happens to recruits who refuse to take the test?

We never found a recruit who refused the test. Most applicants were surprised when they found out that the health test included examining their "insides," including vaginas. One recruit said if she had refused to take the vagina examination, she would have automatically been eliminated from the selection process.

What happens to those applicants who fail the virginity test?

They are never told. The National Police uses a matrix in which all results, from an applicant's blood test to her X-ray photo, from hymen to eye sight, are organized into a scoring system. If the final score is below a certain level, they're not accepted.

But the head of the National Police law division, Inspector General Moechgiyarto, said that they needed to check the morality of the recruits by checking their virginity. He asked, "If she (a candidate) turns out to be a prostitute, then how could we accept her for the job?" His admission confirms our research that virginity is still a major factor.

How long have these tests been conducted?

We know that it began in 1965, at the latest. Women were first recruited to be police officers in 1948, but the National Police did not recruit more female officers until 1958. It gradually grows but the number of policewomen is still around three percent of the total 400,000 police officers in Indonesia. The new 7,000 recruits this year are going to increase the number from 14,000 to 21,000. It will be five percent when they are to graduate in December.

Are there any plans to abolish the tests?

National Police chief General Sutarman claims that no more virginity tests are being conducted. I guess he should make his statement into a written one.

What do you urge the Indonesian government to do?

We ask the National Police authorities in Jakarta to immediately and unequivocally abolish the test, and then make certain that all police recruiting stations nationwide stop administering it.

Andreas Harsono has covered Indonesia for Human Rights Watch since 2008.
Posted by andreasharsono at 11:37 PM No comments:

Posted by andreasharsono at 4:38 AM No comments: