Andreas Harsono
Menschenrechte in Indonesien und Timor-Leste 2020
Watch Indonesia!
In July 1997, when the Asian economic crisis began to hit Indonesia, as a journalist, I also began to travel to many parts of Indonesia, the world’s fourth most-populated country, covering the disappearance of staple foods from markets and suppression of uprisings.
In May 1998, President Suharto stepped down after 33 years in power. But the violence became bigger with many ethnic and religious groups trying to seize more political power and economic benefit from Java Island -- Indonesia’s most important island where both Suharto and his predecessor Sukarno had centralized governance since the 1950s.

On Sumatra Island, Aceh freedom fighters openly organized their ceremonies with AK-47s, having deadly clashes with the Indonesian military. On Kalimantan Island, at least 6,500 ethnic Madurese minorities were massacred as rival ethnic Dayak and Malay militants flaunted their muscles, demanding more say in governing the natural resource-rich island. On Sulawesi Island, the tension broke off around Lake Poso in which 600 people were killed in the Muslim-versus-Christian violence.
East Timor was burned after Indonesia lost in the August 1999 referendum, opening the gate of history, and making the tiny nation a new sovereign state. In Papua and West Papua provinces, state repression against indigenous people simply continued with new forest concessions and mining operations.
The biggest violence, however, took place in the Moluccas Islands where Christian militias battling Muslim jihadists, involving a large Salafi group that sent more than 5,000 fighters from Java. Several Afghanistan war veterans, including Al Qaeda’s operators, also went to the Moluccas Islands. It killed at least 25,000 people between 1999 and 2005. At least, 90,000 people were killed in that violent period in Indonesia.
In Jakarta, student protesters demanded, “Reformasi.” It was the most difficult battle cry. 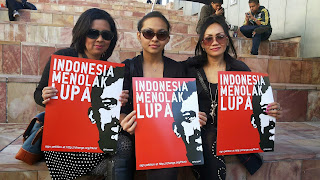 Alas, the world did not know about the Indonesian violence.
Al Qaeda launched the September 11, 2001 attacks in New York and Washington, triggering the United States-led wars in Afghanistan and Iraq. The Arab Spring and war in Syria and elsewhere in the Middle East sucked up the international media’s attention.
It reminded me how the Vietnam War had also overshadowed the 1965-69 massacres that took place against communists in Indonesia, killing around 1 million people and outlawing then the third largest communist party in the world (after China and the Soviet Union).
General Suharto rose to power after those mass killings – the biggest one in the history of Indonesia. Post-Suharto presidents did little to address those gross human rights violations, nurturing the culture of impunity and violence. It should not shock any observer when mass violence also took place after Suharto’s departure.
But President B.J. Habibie allowed a U.N. referendum in East Timor in 1999. President Abdurrahman Wahid revoked the ban on Chinese language, Chinese characters, and Confucianism. President Susilo Bambang Yudhoyono agreed to a European Union-sponsored peace negotiation on Aceh in 2005.
In 2004, the Indonesian parliament passed the local governance law, decentralizing much of the central authorities to the provinces and regencies. The law says that six sectors will remain the domain of the central government: foreign affairs; defense; policing; judiciary; fiscal, monetary; and religious affairs. But responsibility for everything else, from handing over forest concessions to managing education, was handed over to provincial authorities. 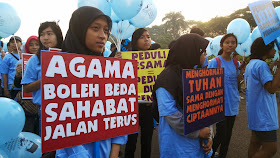 The idea to establish Islamic sharia – something that had been debated since 1945-- emerged again via that law, prompting Muslim politicians in predominantly Muslim provinces to write ordinances that meet “Islamic values.”
Yudhoyono, who ruled between 2004 and 2014, accommodated those demands, ignoring the religious affairs restrictions in the autonomy law. His administration strengthened the blasphemy law office, within the Attorney General Office, prosecuting and jailing 125 individuals for blasphemy in a decade --a steep rise from only 10 cases in the four decades after Sukarno wrote the 1965 blasphemy law.
The blasphemy law recognizes only six religions in Indonesia: Islam; Protestantism; Catholicism; Hinduism; Buddhism; Confucianism. Under the Yudhoyono administration, it was also expanded to discriminate against smaller non-Islam Sunni minorities such as Ahmadiyah and Shia. In 2016, a derivative of the blasphemy law was used to force the violent eviction of more than 7,000 members of the Gafatar religious community from their farm houses on Kalimantan Island.
The blasphemy law became a political weapon to mobilize Muslims, including against Jakarta Governor Basuki Purnama, himself a Christian, in the 2017 local election in which 500,000 Muslim protesters demanded the government to prosecute Purnama. He lost the election and ended up in prison for two years.
In 2006, the Yudhoyono administration also introduced the “religious harmony” regulation, replacing the constitutional principle of “religious freedom.” The principle of “religious harmony” is that the majority has the veto power over the minorities. His administration set up “Religious Harmony Forums” in every province, city, and regency, as “advisory bodies” to approve new houses of worship and other religious matters. The composition of the forums should be proportional with the compositions of the six religions, which in practice entrenches discrimination against minorities. It prompted the closure of more than 1,000 churches in a decade across Indonesia.
Yudhoyono’s  administration tolerated local politicians writing discriminatory regulations against women and girls. In 2016, Indonesia’s National Commission on Violence Against Women (Komnas Perempuan) identified more than 400 discriminatory national and local regulations that harm women, including forcing women and girls to wear the hijab in government buildings, schools, or other public places. They also included curfews, sex segregated sitting areas, and other restrictions against women and girls. The hijab regulations mandate that women and girls wear hijabs, prohibiting them from wearing close-fitting clothing, and requiring them to cover their bodies except their hands, feet, and face. 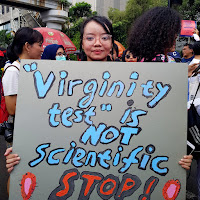 Some provinces and regencies have introduced local rules that force even non-Muslim girls to wear hijabs, such as West Sumatra and Aceh on Sumatra, and Yogyakarta and Banyuwangi on Java. Some politicians argued that non-Muslim schoolgirls should “adapt” to the Muslim majority. On Lombok Island, a regent even asked female Muslim civil servants to wear the niqab –a full veil that covers the face but their eyes—as well as long dresses that do not reveal the shapes of their bodies.
Gross human rights violations that took place since President Sukarno declared independence in 1945, including the 1965-69 massacres, as well as ethnic and religious violence after the fall of President Suharto, have not been addressed. President Yudhoyono also avoided a U.N. investigation on abuses in East Timor, having only rudimentary trials against some local officials but not touching Indonesian military and police generals involved in the looting and killings there.
When Joko “Jokowi” Widodo won the presidential election in 2014, he promised to find “missing people,” including the famous poet-cum-dissident Wiji Thukul, and to promote religious tolerance. His administration organized a 2015 symposium on the 1965-69 massacres and released Papuan and Moluccan political prisoners, but he stopped there. He did nothing to revoke discriminatory regulations against women and girls or religious minorities. His administration soon arrested Papua and Moluccan activists again, continuing decades of arbitrary detention of political prisoners. Jokowi also tolerated the rise of discriminatory regulations against LGBT (lesbian, gay, bisexual, transgender) individuals.
Jokowi and his Indonesian Democratic Party for Struggle (Partai Demokrasi Indonesia Perjuangan, PDIP) chose to use “Pancasila” to promote religious tolerance.
Pancasila was a political compromise made during the declaration of independence in 1945. Pancasila, which is about five principles for Indonesia, was included in the opening of the Constitution. The prepared text began with the first principle that the Republic of Indonesia is based on “the belief in the One and Only God, with the obligation to abide by Islamic law for adherents of Islam.”
On August 17, 1945, delegates from East Indonesia, which included Kalimantan, Sulawesi, Bali, and the Moluccas Islands, successfully argued that the sharia phrase be removed or else they “won’t join Indonesia.” Other Muslim leaders compromised with Pancasila becoming only “Belief in One God.”
But the Sukarno and Suharto regimes used the notion of Pancasila to justify the elimination of their opponents. Suharto used Pancasila to legitimize the mass killings. One of the biggest militias in Indonesia uses Pancasila in its name. It is not a surprise that some Muslim organizations oppose the PDIP’s move to introduce a Pancasila indoctrination law. It is obviously not the answer to eliminate discriminatory regulations and to protect human rights.
Post-Suharto electoral democracy helped reduce ethnic and religious violence but civil liberties, press freedom, women’s rights, children’s rights, religious freedom, and the rights of the minorities, are in decline.

Some popular movements have emerged such as the #ReformasiDikorupsi hashtag (reformasi has been corrupted). In 2019, hundreds of thousands of students, indigenous peoples, and minorities protested when the parliament tried to pass a new Criminal Code with more discriminatory articles that would violate rights. Some Indonesian students began to challenge racism against dark skinned Papuans like the #BlackLivesMatter in the U.S, organizing unprecedented protests against the criminalization of Papuan students and activists.
Indonesian leaders need to learn from the failures of the last seven decades in not addressing past human rights abuses and prevent these historical burdens from being passed down to future generations.
Andreas Harsono works for Human Rights Watch, based in Jakarta, recently published his book Race, Islam and Power: Ethnic and Religious Violence in Post-Suharto Indonesia.
andreasharsono at 8:15 PM No comments:
Share 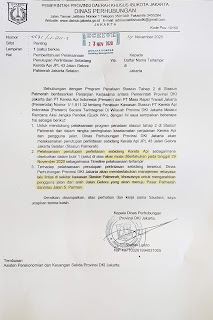 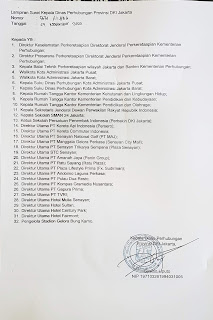 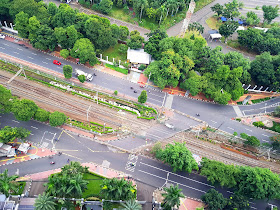 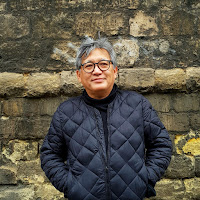 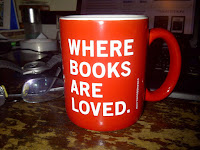 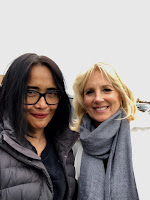 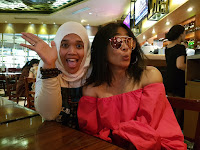